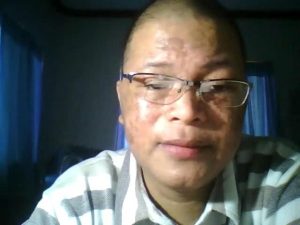 Johnel is the eldest of six siblings of Elena Manongsong and Dominador Candava, born on March 8, 1970 in Occidental Mindoro where he spent his early years and finished his elementary and high school education. As a child, Johnel dreamed of becoming a doctor so he ventured out of his hometown to take up BS Medical Technology as his premed course at the Manila Central University. His steadfastness and diligence in every task given him was recognized by the two hospitals where he served as a med tech intern, that he earned the Most Proficient Intern Award. This spurred him all the more to proceed and finish proper medical education also at the Manila Central University. Equipped with a medical diploma, a medical license and a heart of service, Johnel wasted no time in fulfilling his dream to be a doctor for his home province.

Mindoro welcomed the young physician who showed genuine eagerness to serve his town mates. For four years, Johnel faithfully served as Medical Officer III in the Santa Cruz Community Hospital. To Johnel, those four years made him not only a better person but also a better physician. His dealings with the different sectors of society, especially the marginalized taught him to be more compassionate, more patient, and kinder to the people he served. It also made him realize that the medical needs of the society he served would be better met by a specialist especially in the field of internal medicine. Recognizing his inadequacy, he had to leave his beloved hometown to specialize in Internal Medicine with the hope of returning so that his indigent patients can be better managed despite the government’s limited resources allocated for health services.

Now married to Emmalyn Collado, Johnel set foot at the St. Luke’s Medical Center which became his home for the next seven years as he trained to be an internist and later on a cardiologist. After all the challenges of training and despite the lure of practising in Manila, Johnel immediately went back to his province again and served his people as a medical specialist at the Occidental Mindoro Provincial Hospital. Serving the marginalized people of his province as a fully trained internist-cardiologist was a dream come true for him. Seeing patients who never saw a doctor in their lives was so fulfilling to Johnel that made him say, “With my dream to be a doctor fulfilled, my loving and supportive wife Emmay and my beautiful daughter Julia, I am content with what I have now. What else could I ask for?”

After about eight months into his practice as the only internist-cardiologist of his province, he started to experience easy fatigability, frequent headaches, episodes of nose bleeding, and palpitations. This did not stop him from working until many of his relatives commented on his being pale. So he had to leave his hometown again to consult a blood and marrow specialist (haematologist). His tests which included a bone marrow biopsy led to the diagnosis of myelodysplastic syndrome (MDS), previously known as a pre-leukemia state. MDS is a diverse disorder that makes the bone marrow ineffective in producing blood forming cells. This made Johnel very pale, prone to bleeding and any kind of infection. Because of the risk of MDS to transform into Acute Myelogenous Leukemia, Johnel’s attending hematologist advised a bone marrow transplant (BMT).

On April 29, 2009, trusting God to heal him and provide the mammoth expense of a BMT, Johnel agreed to the procedure with his brother as marrow donor. Friends and relatives helped the family meet his medical needs. The St. Luke’s Heart Institute Alumni Association held a benefit concert for Johnel and many known and anonymous donors gave. The St. Luke’s Christian Fellowship Doctor’s in Touch and EPCALM upheld him in prayer aside from assisting in fund raising activities for his medical fund. Johnel and Emmay saw an outpouring of Christian generosity and love. After a faith-building, resource depleting month at the bone marrow transplant unit of the St. Luke’s Medical Center, Johnel was sent home with a functioning new bone marrow. Everyone who knew of Johnel’s disease praised God for a successful BMT.

But Johnel’s medical journey did not end here. Soon after, he had frequent hospital re-admissions due to problems associated with his transplant (graft versus host disease GVHD), as well as reactions to multiple medicines being taken to suppress the immune system and lessen rejection. Thankful for his new life, Johnel had to face the reality that the life of a transplanted patient is entirely different and can be depressing. Transplant doctors were for Johnel’s best interest and advised him to avoid public and crowded places and even restricted long travel. Hence, Johnel had to be house bound most of the time. He could not do the things he enjoys the most like going back to private practice or going malling with his family. When important family events came, he had to miss going.

“My wife Emmay is a precious gift to me from God, which He uses to give me the strength and the will to get better and press on. Her presence makes the signs and symptoms of drug side effects like bowel discomforts, joint pains, and poor appetite to name a few, more tolerable. Her patience, love, care and understanding could only come from God” says Johnel. The medical challenge is great and so is the financial demand on Johnel and his family. Because of the many inherent limitations on him due to his condition, he cannot resume his role as breadwinner for the family. His widowed mother helps him some from her business.

Yet Johnel’s medical needs still keep rising. Now, his ambulation is compromised because of the effect of steroids on his hip and leg bones, medically called avascular necrosis of both femoral heads. This condition would need hip replacement. Johnel’s financial and physical disadvantage has not dampened his talent and helpful heart. He crafted EPCALM mugs for Karen’s fund raising event on December 30, 2010. He wants to be of use when he is needed. For indeed Johnel is a gifted man, created by God for a purpose that no disease can defeat. With God as his refuge and strength, Johnel keeps his hopes high that his suffering is not permanent and that his trials will bring glory to God.

EPCALM is posting his story to implore on the generosity of the readers to support Johnel in prayer and resources. Post a donation for Johnel through www.epcalm.org. Click on How to donate. 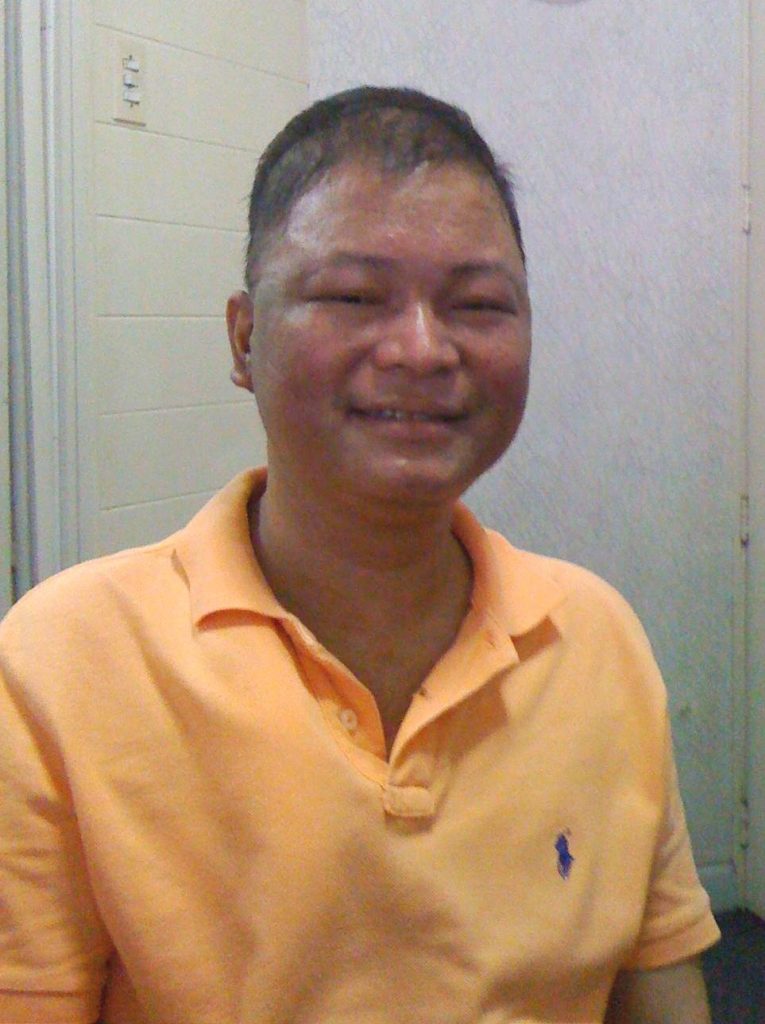