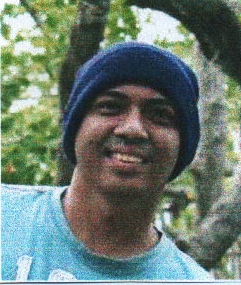 Ryan O’Neel Equio, a 34-year old rescuer of the PDRRMC Search and Rescue Team, has been in the forefront of all rescue missions deployed by the local government of Negros Oriental since 2009. Also a rescue volunteer of the ONE RESCUE EMS, Ryan has been helping save lives of victims of calamities, mishaps and accidents of all forms.

The years of rescue work and constant exposure to danger and life-risking situations, somehow made Ryan and his fellow rescuers assume the feeling of invincibility – taking the value of their lives for granted. But this feeling was short-lived for Ryan. In April of this year, Ryan, “the invincible rescuer“, was diagnosed with Acute Myelogenous Leukemia (AML M4). It was a most unexpected blow to the usually brave and confident rescuer.

Ryan questioned God – why He allowed him to be inflicted with a very life-threatening ailment after all the good that he has done to help others. Ryan then got drowned in the mire of anger, disappointment and depression, most especially when the financial demand of the treatment arose. He and his wife, Bella, were unprepared for it, both of them being simple government job order employees and having 3 young children – Nathaniel (13), Danielle (12), Sean Neil (10) – to support.

Family, friends and teammates pulled all efforts to help raise funds for Ryan’s chemotherapy treatment at Cebu Doctor’s University Hospital. It was a tough experience for the couple, since there was no family around to physically help them while in the hospital. Ryan, being an only child, had no siblings to help care for him. Added to that was the inability of any relative to financially support with hospital care while in Cebu.

But it was also there in that hospital bed in Cebu that Ryan felt God‘s outstretched helping hand. All 17 volunteers for Ryan failed the clearance test for blood donors, leaving him without a single blood donor. But the Lord’s helping hand reached out and touched the heart of two most unexpected persons – Ryan’s own doctor, Dr. Ivan Maniego and a friend of a friend, King Cortel, whom Ryan had never met before, but who offered to donate blood upon hearing of Ryan’s situation. Between just King and Dr. Maniego, donating even more than once for each of them during Ryan’s treatment period, they managed to provide enough blood to sustain Ryan’s need. When King visited him in his hospital room, Ryan, in his delirious state, thought that it was God visiting him. He saw the Lord in King’s physical attributes-very tall and longhaired and he reached out and called for God to heal him.

Ryan now understands why he got afflicted with leukemia and not simply just got injured or lost his life in any one of those dangerous rescue missions he has worked in. For if it happened that way, he would then just simply consider himself as a hero. He realized that he was then full of pride and self reliance – claiming credit for every rescue and believing that he had his life under his control. Through leukemia, Ryan humbly bowed before God – surrendered, grateful and appreciative of the gift of his life.

But the reality of the family’s financial status is stopping Ryan from seeking that ideal treatment. He could not even go for just the consolidation chemotherapy treatment due to the financial constraints. The need for him to go for treatment is very urgent since Ryan could just go into relapse anytime. But still, he had to go back to rescue work to provide for his children’s needs, despite doctor’s advice. In fact, he went to Bohol, helping rescue the victims of the most recent earthquake. With the present typhoon calamity in Tacloban, Ryan could no longer help – most recent laboratory results speak of the urgency for treatment.

Ryan needs help – he needs OUR help! Can we help rescue our Rescuer?

Look for Pam, Anna or Roselyn.

Or visit us at our office at:

But I tell you that everyone will have to give account on the day of judgment for every empty word they have spoken.
Matthew 12:36
DailyVerses.net