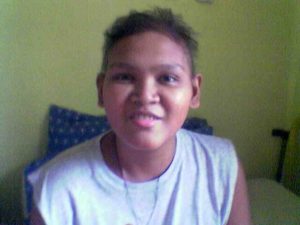 Not many will look back to the period of their early twenties and see a time heavy with medical trials.  Our friend, Ryan, will belong to such minority, as he has many somber remembrances in his young adulthood.  As I entered the hospital to visit a newly diagnosed leukemia patient together with his parents, I couldn’t help but come to the stark realization that many cannot come even close to saying they have been through so much at his age.

In 2008, at the age of 17, Ryan experienced physical symptoms that pointed to problems with his brain.  The results of tests and scans indicated a prognosis requiring brain surgery.  Indeed, brain surgery for a 17 year old happens, but is inarguably rare. Ready to go to college after having completed high school, Ryan Angelias instead had to undergo surgery and a lengthy recovery during said period.  Ryan was diagnosed with disseminated germinoma in February of 2008.  He therefore, had to go through endoscopic surgery just above his right forehead and after such, had to undergo 4 rounds of chemotherapy to eliminate the threat.

We praise The Lord that after such procedures, this young man was given God’s gift of continued life, and we pray in earnest for a long and blessed life for Ryan, to serve God’s purpose for him here on earth.  We now therefore encourage everyone to pray for Ryan, as his health battles are far from over. Coming back to the present moment, let’s refocus on the reason for my encounter with this young man.  Having been 4 years removed from the time of diagnosis of his previous illness and only some 3 years after basic recovery, 21 year old Ryan has now been diagnosed with AML (Acute Myelogenous Leukemia) early this February.

He has been in the hospital since then and has already received one (1) round of chemotherapy.   But due to compounding costs brought about by his recent illness, Ryan had to be moved to the Philippine General Hospital (PGH) Cancer Institute charity cancer ward.  Though Ryan needs to be placed under constant medical supervision, money has run out.  There is continued chemotherapy sessions, blood transfusions, blood tests, bone marrow biopsies, and perhaps other medications that will be needed without current resources to purchase them.  Let alone that which is considered a permanent “cure” to leukemia (AML), that being a bone marrow transplant with costs so high they seem insurmountable to most Filipinos.

This is where the work of a king is established. This is where we all grab a hold of this issue as the obedient subjects of a crown would do.  The parents have exhausted their resources for their son, their only child; now the Lord calls his ministers to provide life where the household is lacking.  A boy who said to his father, “My head! My head!” was taken in to sit with his mother until eventually he died.  Elisha the Prophet was the one to be the hand of God when he revived the woman’s only son (2 Kings 4:18-20, 32-35).  We do not live in a world where miracles no longer happen, we live in a world where the hand of God has many fingers in which all of society is enveloped.

Do not embrace trepidation to give to a young man clinging to life, do not disgrace Our Father who will always be a Father to all.  May Ryan Angelias look back and receive joy and gladness, seeing his story is of those to be one in the Book of Life.  Give God’s grace and many mercies for Ryan’s life. My dear cousin Brian, died at the age of 14, succumbing to a brain tumor.  The story of Elisha with the only son and Ryan’s story has hit home to me in a way I hope it hits many others.  I’m sure Ryan has been given over to some very serious thoughts, and yet, I’m sure he still expects life through all of this.

Our hope and success depends upon The King and Father of all.  Who are we not to give it to him in every way possible for us to give?  Ryan enrolled in the Asian College of Science and Technology this last June of 2011, and has interest in cellular phones and various gadgetry.  Let’s bring this family back to health and Ryan back to his studies as soon as possible.

Providence and love to all. 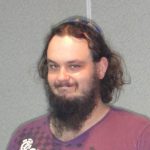 Warrior of EPCALM,  friend and  servant

Postscript:  Ryan has joined our Maker last in 2012.

Dear friends, if our hearts do not condemn us, we have confidence before God and receive from him anything we ask, because we keep his commands and do what pleases him.
1 John 3:21-22
DailyVerses.net