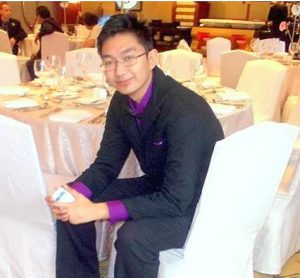 “God will sow” as defined by gotquestion.org is the meaning of Jezreel.  Jezreel, as further defined in gotquestion.org,  “….was a city in the plain or valley of Esdraelon. It was also called the Valley of Jezreel.

The Valley of Jezreel is a beautiful and  broad valley or plain, stretching from west to east from Mount Carmel and the sea to the Jordan, which it reaches through two arms, between the mountains of Gilboa, Little Hermon, and Tabor; and from south to north from the mountains of Ephraim to those of Galilee. Nazareth lays on its northern side. It is also called the Great Plain and the Valley of Esdraelon…”.

Jezreel though for our purpose is the name of our latest EPCALM Leukemia patient – Jezreel John  Alega, 20 years old, also known as JJ.  JJ was born on Jan. 7, 1993 in Calapan City, Oriental Mindoro, Philippines. Following is the extract from JJ’s website (http://supportjay.wordpress.com) his childhood and diagnosis:

He is the only son of Helen and Artemio Alega.  He spent his early life in Calapan. In 2002, when he was 9 years old, his family left Calapan and moved to Bonn, Germany. He immediately adapted to the German culture. He finished elementary and middle school in Bonn. He became fluent in German and learned French. He and his German friends were very involved in dance group. Due to his parent’s unstable working condition, his family moved back to the Philippines in 2008.

He continued high school in Calapan. JJ got sick before his high school graduation in March of 2010.  He had terrible back pains which made him almost miss attending his graduation day. As a college freshman he enrolled in B.S. Tourism in the Lyceum of Batangas. But before school started, he got sick again and his blood test results were not good. His doctors in Mindoro referred him to  doctors in Manila and due to his emergency condition, he was transported by ambulance from Mindoro to Manila and was admitted in the Philippine General Hospital (PGH).

He was seen by a hematologist and oncologist and a battery of tests were done to him.  He was diagnosed with acute lymphoblastic leukemia (ALL). 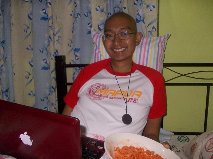 Because of the diagnosis, he cancelled his school enrollment and underwent his first cycle of chemotherapy in the PGH on June of 2010. He received daily blood transfusions to balance his platelets, white blood cells and plasma. He got a strong dosage of medicines. As a 17 year old, he was accepted at the hematology/oncology pediatric section.

He also underwent spinal punctures once a month.

DREAMS
Due to his frequent stays and visits to the hospital, the nurses and doctors grew to like him. He got to learn medical terminologies and procedures, and he learned to appreciate the medical world.  He accepted the reality that he couldn’t pursue studying tourism anymore. Considering his condition, he decided to become a doctor someday.
He thought that once he recovered, he would be of help to others, especially to those who had the same sickness as him.
After a year of remission, June of 2011, he felt healthy and strong. He wanted to go back to school.  He knew that he was almost a year delayed in the university and would like to catch up.  But due to his condition, he was not allowed go back to school yet.
Because of this, he enrolled in a computer programming class in a nearby Mall. He went to the class three times a week. He felt that his life was slowly going back to normal.  He finished his class in November and received a certificate.
He enrolled in driving school and got his driver’s licence in December 2011.
His physical condition never became a hindrance to his dreams. He always sought ways to reach his goals.
He wanted to be a doctor someday, but to be a doctor he needed to be enrolled in a pre-medicine course first.  Though he was not allowed physically to be in a regular university, he enrolled in an online university to take B.S. Psychology.  He took two subjects as a starter to familiarize himself on online studies.
By October of 2011,  he was an online student of ERA University and finished those 2 subjects on March of 2011. On June of 2012, he was enrolled in (9) subjects with a total of 21 credits.
CURRENT CONDITION
On Dec. 17, 2012, JJ was discharged from NKTI and transferred to Philippine General Hospital.  He was under observation for a week and underwent CBC test and CT scan.  The latest result of the CT Scan is promising,  CBC test was okay except his platelets were low.  He can now receive the first rounds of chemotherapy and needs platelets transfusion.
Please remember JJ and his family in your prayers.  As we all celebrate the joys of Christmas and holidays, JJ and his family are in the hospital continuously battling and fighting for his recovery. Any help you can provide will be greatly appreciated.
He needs type B blood donors and financial support. It might be a long journey until JJ reach his full recovery, but we are imploring your kindness that may you be with him in this path. May the blessings of God be with you and your family….”
Let us pray for Jezreel and his family.  We really don’t know yet what God had sown in his very young life.  Only time will tell as to the seeds, teachings and learnings we will get out of Jezreel’s contracting Leukemia.  Right now, he is touching lives.
May his story touch your life.  Any assistance you can give will help him and his family a lot.
Postscript:  Jezreel has joined our Maker last April 2013.

Create in me a pure heart, O God, and renew a steadfast spirit within me.
Psalm 51:10
DailyVerses.net